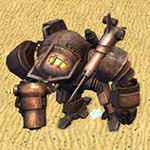 [Master Dimensioneer Sparklynn Wolfsbane shared this incredible illustrated writeup of the Vostigar Peaks dimension item rollout. Mechs, rocks, plants and a whole new dimension to build out! This should “peak” your interest! Over to you, Sparklynn! ~Brasse]

END_OF_DOCUMENT_TOKEN_TO_BE_REPLACED 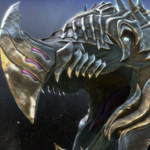 Summerfest is in full swing, as is all the adventure of 4.2 Celestial Storm. With new quests, a new overland zone, and a Telaran-ton of fun, what more could you ask for? How about some free stuff?

END_OF_DOCUMENT_TOKEN_TO_BE_REPLACED

On Friday, July 14, the RIFT dev team took players to the future to visit 4.2: Celestial Storm. They then later brought in the art team to show off an in-depth look at the new zone, Vostigar and go through the creative process in bringing this area to life. Re-watch them and learn the secrets of the devs so that you can be prepared for the launch of RIFT’s next game update, 4.2: Celestial Storm!

Brasse returned to interview Justin Stearns (Environment Artist) and Mike Chang (Senior Environment Artist) from the RIFT art team to explain the creative process and design elements behind the new zone in Celestial Storm, Vostigar Peaks. They completed the stream with an in-game run-through of the new overland zone in all its colorful glory. Once again, special guest Captain Cursor joined them to help explain some of the lore in the zone as it related to the new artwork.

We’ll be back for more fun on Friday, July 21, 2017. Stay tuned to learn who our guests will be and what we’re going to show off. Until next time, Ascended! 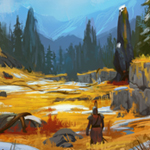 RIFT celebrates 6 Years! Archonix sets down his heavy load of final 4.1 launch tasks to share some thoughts and ideas with us all…