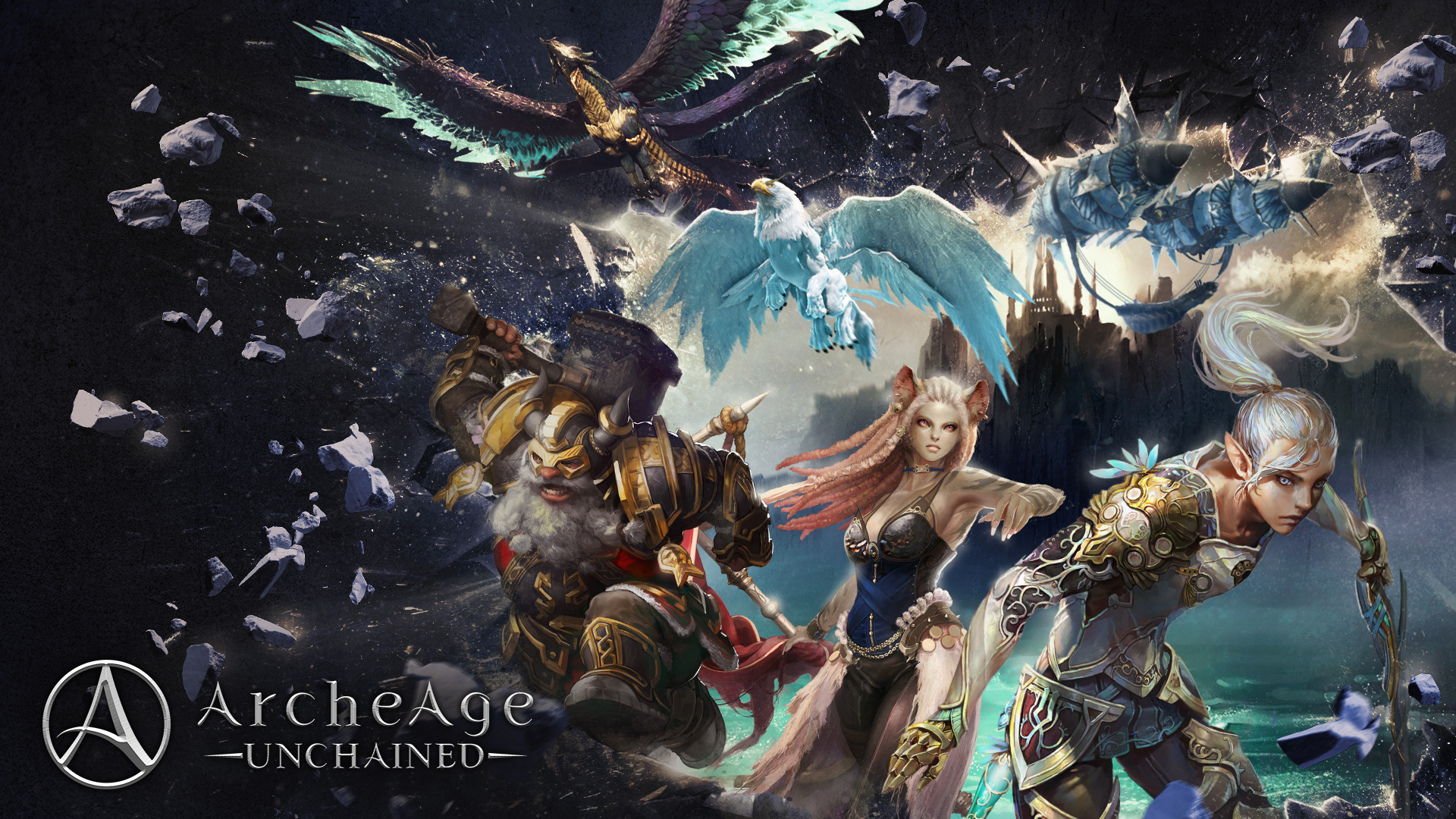 Unlock powerful items by playing the game
For the past five years, players of ArcheAge have been following their dreams of glory, freedom and riches. The endless plains, mountains, deserts and oceans of the three vast continents tantalize players with this much-coveted freedom. Be it daring chevaliers or fearsome pirates – glory awaits the players in challenging PvP-fights. Riches and empowering items can be acquired in diverse quests and dungeons. All players will have the same chance to craft the most powerful weapons and equipment that can be found in the colossal fantasy world.

Fair PvP-gameplay
Only the most skilled fighters, archers and mages will emerge victorious from the massive PvP-battlefields. ArcheAge: Unchained offers no shortcuts to get powerful equipment. Diligence, skill and a little bit of luck will determine every player’s success in battle. Pirates now can take part in pvp-battles thanks to the new Siege and Territory System.

Those who know their opponents best will have a clear advantage. ArcheAge: Unchained allows players to create over 200 different character classes by using different skillset combinations, which can be changed throughout the game.

Freely explore the world
Having been continuously updated and expanded on in the past five years, the three large continents of ArcheAge offer a myriad of areas, cities and dungeons for the player to explore. In ArcheAge: Unchained, players now can travel freely around the epic fantasy world. In the new version mounts, pets and gliders with special buffs can be unlocked through gameplay.