The Trion Worlds ArcheAge Team is visiting XLGAMES in Seoul, Korea this week to discuss your feedback on the latest changes with Dread Prophecies and what’s coming to the game next! Meanwhile, we’ve published the following pre-visit interview with two of the developers, Producer Yi Kwangro and Design Team Manager Ham Yongjin.

What do you typically do when you play ArcheAge?

Yongjin: I usually engage in mass PvP such as the Halcyona War and Mistmerrow, and spend the rest of my time trading or sport fishing to afford better gear and other items on the Auction House.

What’s the most difficult decision you’ve made when working on ArcheAge?

Kwangro: There really hasn’t been a single decision that was easy to make. That being said, the topics we dwell on the most are economy, faction balances, and finding the right balance between casual and hardcore players. These are difficult because a decision usually improves things for one group of players while leaving another group worse off. I’d say finding a solution that makes everyone happy is the most difficult aspect of developing.

How do you think North American ArcheAge players differ from Korean players?

If you could re-design one game system so that it was different at the time it went live, what would it be?

Kwangro: While I don’t think a specific system is lacking or needs change, I think we could’ve polished Auroria and player nations further had we had more time. The classes could also have been more distinct from one another. However, none of this is completely set in stone. We will continue to communicate with the players from Korea, North America, and other regions in order for ArcheAge to evolve and grow.

What strategy do you use when balancing PvP?

Yongjin: PvP balance is a very sensitive aspect of game design that involves many internal discussions and tests. We also conduct focus group tests with actual players for large-scale balancing changes. Our goal is to make sure all skillsets can be fully utilized. We look at a lot of different data, including the skillset and skill selection ratios, Gladiator Arena victories by classes, etc., while keeping PvE and large-scale PvP in mind.

What is the most enjoyable part of ArcheAge lore for you?

Yongjin: The main trailer provides a glimpse into the story of the 12 heroes’ travels to the All-Goddess’s Garden and how it changed their fates forever, eventually leading to the destruction of Auroria. I think this is a very cool piece of lore.

Aside from the main lore, one of my personal favorites is the story of the sinking of the Eternal Isle recorded in Alecto’s Journal. I suggest that players find the journal pages in the Sea of Drowned Love for the complete story.

What really happened with Morpheus and Rangora?

Yongjin: Morpheus was a pirate captain active in the Halcyona Gulf when he met Rangora. Morpheus and Rangora both had a childhood of poverty and rejection, and they were easily drawn to each other when they met as fully established criminals. When the two lovers got wind of the news that Auroria was coming to life once again, they decided to start a new life in a new land.

However, their journey to Auroria was cut short by a Kraken attack. Morpheus’s ship was completely destroyed, and though Morpheus and a few crewmen survived, Rangora sadly drowned in the sea. Morpheus made it to Growlgate Isle but the loss of Rangora devastated him.

One day, he heard Dahuta the sea-goddess’s voice: she will return Rangora to life in exchange for ten thousand lives. Morpheus took this promise to heart, took control over the Growlgate outlaws, and declared to the world that he will take on any challengers from Nuia and Haranya. What he doesn’t know is that Rangora had already been resurrected by an unknown force.

Kwangro: My favorite mount is the Thunder Dash, but as I don’t have enough Honor Points, the Crimson Lightning with the Stealth ability is my mount of choice. I travel mostly in Stealth. The Mirage Bjorne is also a fun mount with a fun skill.

What’s your most memorable encounter involving a trade pack?

Yongjin: A while ago, I successfully dodged the enemy faction and crafted a tradepack out of the crystal that spawns at Abyssal Attack. As I was running with the pack, I found a cave and hid there, hoping the reds would leave. The suspense was crazy but the 150 gold payment was completely worth it.

What type of rituals do you perform before you unseal or regrade items?

Kwangro: I don’t have a ritual, but I have checked the success rates in the data and even complained about the balance to the designer when I was having particularly bad luck with regrades.

What excuses do you use so the jury will find you innocent?

Kwangro: Never committed a crime, never been tried! But I’ve served as a juror plenty of times. Currently, the only crimes that can land you in trial are Assault, Murder, and Larceny. We think that trolling and the use of profanity should be added to the list, so we’re thinking of ways to turn these activities into punishable crime.

How did you come up with the decision to add turbulence and rough sea winds to gliding at sea?

Yongjin: In Korea, we saw that it was too easy for one or a few players to fly onto a ship and take it over. While this is a valid battle strategy, we wanted the players to be able to engage in ship vs ship battles in the sea rather than quick battles where the outcome is decided by a small number of players.

What do you consider to be end-game objectives in ArcheAge?

Kwangro: MMORPGs are like another reality; it’s a fantasy world where you can do many things that you can’t in real life, but you also meet people and form relationships with them just as you do in reality. I think that playing MMORPGs is about figuring out what you want your role in this world to be, and achieving that. My personal goal is taking over a territory in Auroria with my group, then eventually establishing our own independent nation.

We noticed a lot more open world content in future updates, is this preferred over instances?

Kwangro: We believe that becoming more powerful through leveling and item farming is a means, not the end. We don’t want to focus on attaining power only, because we want the players to interact with each other and create relationships and communities that lead to lots of different, creative gameplay experiences. To do this, our focus will definitely be on open world content rather than instanced content. However, this is not to dismiss instances in any way: instances are one of many vital contents that contribute to the diversity found in the world of ArcheAge. 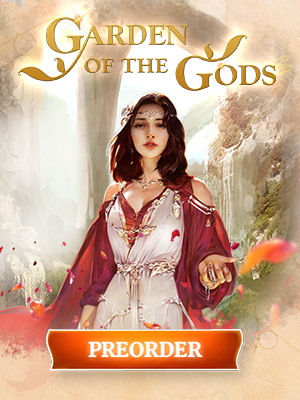